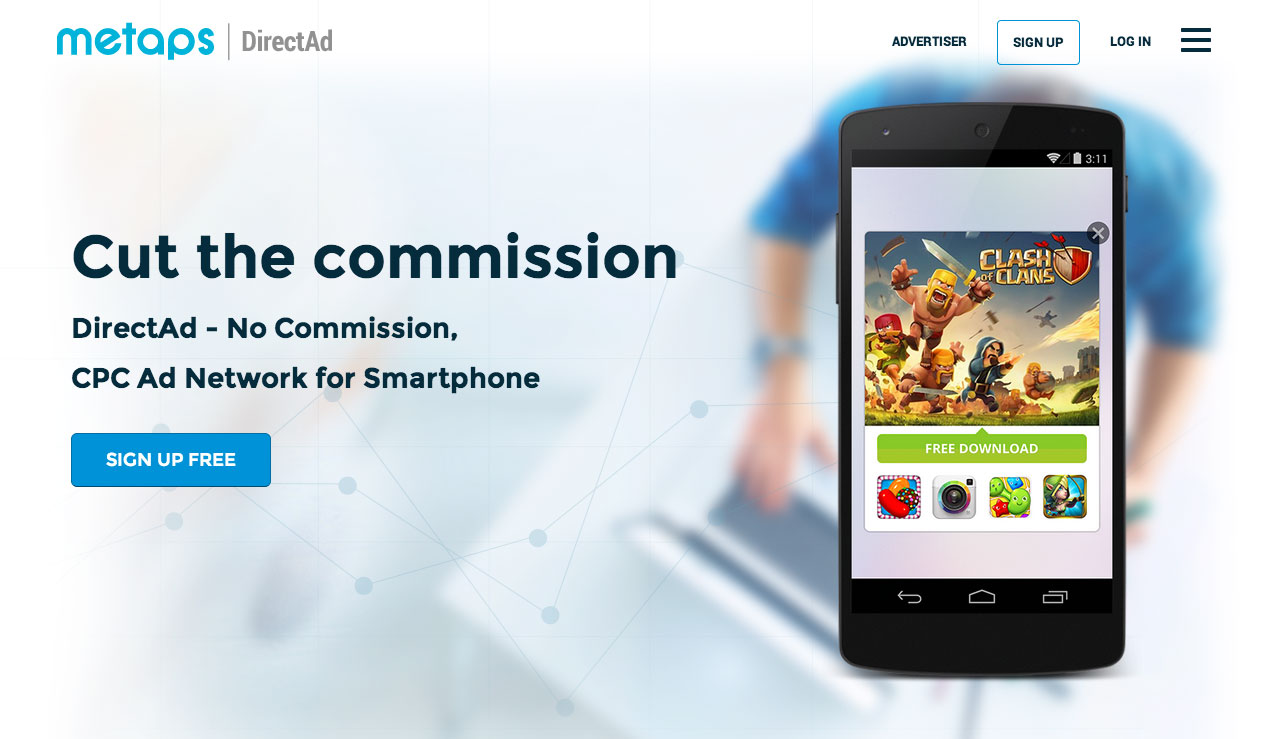 DirectAd Native Ad Format enables developers to customize the layout in their app without compromising user experience. Developers can now integrate advertisements into walls and timelines that blend into the natural environment of their apps. Through DirectAd, Metaps is committed to providing a variety of native advertising solutions to their network partners.

Metaps takes no commission on ad revenue earned on DirectAd, which allows developers to keep all ad revenue they generate on the network. DirectAd provides a 100% fill rate solution, and developers can control the ratio of their house ads and sponsored ads. The network has expanded significantly since its release last year, and DirectAd network apps now have a grand total of over 500 million downloads.

■ About Metaps
Metaps is headquartered in Tokyo and has offices throughout Asia, and in London and San Francisco. The metaps Platform is a data driven app monetization platform, enabling app developers to maximize their revenue through data analysis. Last year, Metaps closed $11 million series B funding led by Fidelity Growth Partners Japan.