Tokyo and Seoul, December 11, 2018 -Metaps Plus CEO Seungyeon Kim, the Seoul based subsidiary of Metaps Inc. (TSE: 6172) and EMURGO, the commercial development arm of Cardano, the leading third-generation blockchain ecosystem, has finished technical integration of ADA on the Metaps Plus platform and announced the joint launch of the world’s first cryptocurrency card based with ADA cryptocurrency.The card enables users to spend their ADA at over 30,000 offline merchants in South Korea including well-known convenience stores such as  Emart24. Users have the option of selecting a  mobile gift card or a physical gift card that works easily with mobile app recharge capabilities.

Metaps Plus had received over  200 pre-orders for the physical ADA CRYPTO CARD which is available in denominations of 100 ADA and 1,000 ADA units for use at a wide selection of merchants in South Korea. Users can easily log onto Metaps Plus CRYPTO CARD website and go through KYC (Know Your Customer) process to buy the ADA CRYPTO CARD at the fixed rate offered to users from Upxide.com exchange and use it in QR code format. 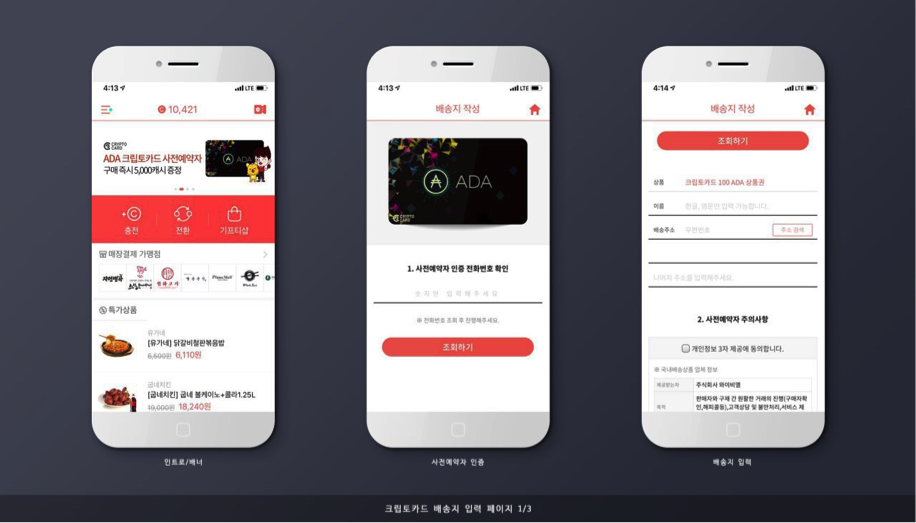 Metaps Plus CEO, Seungyeon Kim said
“EMURGO was the only partner ready with deep understanding into offline payment integration and strategic focus to provide a practical application for cryptocurrencies. We plan to  develop this product further to ensure we have solid use cases for broader offline adoption with Korean online and offline merchants”

EMURGO’s CEO, Ken Kodama said
“I am extremely pleased that the ADA cryptocurrency integration with Metaps Plus is now completed. This means people will be able to make purchases via mobile app, but there is even more than that. Now with the ability to charge ADA onto a CRYPTO CARD, people in Korea will be able to take their ADA and physically hold it in their hands and use it in their daily life. My hope is to see this develop into the widespread adoption of this new method of payment. “

About EMURGO
EMURGO drives the adoption of Cardano and adds value to ADA holders by building, investing in, and advising projects or organizations that adopt Cardano’s decentralized blockchain ecosystem. EMURGO leverages its expertise in blockchain R&D as well as its global network of related blockchain and industry partners to support ventures globally.

EMURGO is the official commercial and venture arm of the Cardano project, registered in Tokyo, Japan since June 2017 and in Singapore since May 2018. EMURGO is uniquely affiliated and works closely with IOHK to grow Cardano’s ecosystem globally and promote the adoption of the Cardano blockchain. To learn more about the project at https://emurgo.io

About Metaps Plus
Metaps Plus is a mobile fintech platform built in 2009. It operates the domestic first-ranked app marketing reward platform NAS(Trademark registration 4012646300000) and has 300,000 DAU and runs about 100 million app download campaigns every year. In January 2016, it acquired the mobile commerce company ‘Smartcon’ and became the largest mobile fintech company in Korea. It operates the largest mobile voucher platform in Korea and partners with about 7,000 merchants in Korea. It is raising. Smartcon payment alliance boasts differentiated competitiveness with more than 1,000 independent merchants.